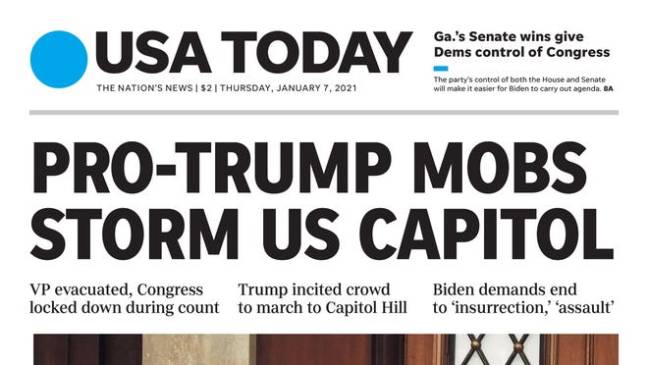 It’s nice to move on. And slowly but surely most people seem to be doing so, both from COVID-19 and a more-painful-than-usual election cycle. But it’s also important to figure out why bad things like pandemics and insurrections happen, the better to avoid them in the future.

In this spirit, the US House of Representatives voted yesterday to establish a commission to investigate the Jan. 6 attack on the Capitol. The vote was 252-175, with 35 Republicans joining Democrats in deciding that it’s important to figure out what happened and why.

I’m particularly happy about five of the GOP congressmen. Two were from my natural habitat, two from my chosen home, and one is a wildcard.

From southwest Michigan, both Peter Meijer and Fred Upton voted to have a look at the day’s events. Meijer took office just this year, is 33 years old, and part of the Meijer grocery family. An 8-year Army Reservist, he was deployed for two years in Iraq and holds an MBA from NYU. Meijer has purchased body armor and adopted a varied schedule due to threats against his life following his vote to impeach Pres. Donald Trump in the insurrection’s wake.

His West Michigan counterpart (and counterpoint) is Fred Upton, who’s been in Congress since 1987 and is 68 years old. He voted both to impeach Pres. Bill Clinton in 1998 and Trump after the insurrection. Upton holds a BA in journalism from the University of Michigan.

Van Taylor and Tony Gonzalez are the two Republicans from Texas. Taylor is from Plano, north of Dallas. He took office in 2019, is a Marine combat veteran of Iraq, and holds an MBA from Harvard University. Gonzalez is a freshman congressman representing far-west Texas (excluding El Paso). He was elected in this long-purple part of the state when his six-year predecessor, fellow Republican Will Hurd, chose not to run again. The region’s new rep is a 10-year Navy veteran and has a Ph.D. in international development and security studies.

Gonzalez also shares the frustration felt by anyone who goes by Chris Smith of having someone else lock out the first page of Google results for the name. In his case it’s a Hall of Fame Kansas City Chiefs and Atlanta Falcons tight end. In mine, it’s a 68-year old Republican New Jersey congressman (with help from a recent UCLA point guard).

But Smith did vote to establish the commission, doing the tens of thousands of us who share the name proud!